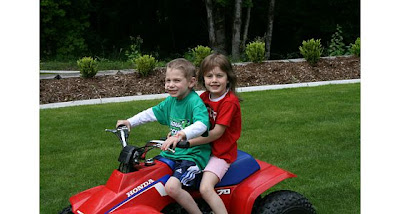 Logan continues to get better day by day. Today he went to hospital for check-up and to check his blood counts. This time his counts were all “out of whack”. The doctor has never seen anything like it….so much so that she had his blood re-checked and the numbers did not change. His ANC count which should be super high because we have been giving him boost shoots was below where it can fight infection. 250 range. It was 12,000+ on Friday. They were not concerned to keep Logan (admit). They will have him come back tomorrow to be re-checked. Dr. Park did say that the bone marrow could be producing so much it has “taken a break” and hopefully should rebound. Logan was so worried he came home from the hospital and played Power Rangers w/ Chloe;)
Share