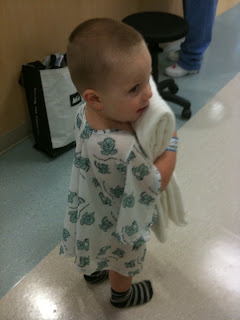 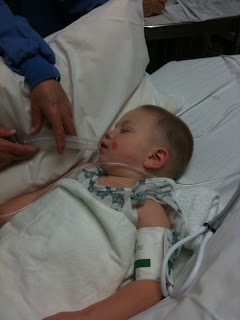 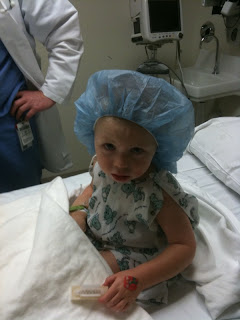 If not one brother then another;) Yesterday afternoon Peyton thought it would be a good idea to jump off the couch with a hard plastic straw in his mouth. Yep…he did not have a successful jump and the straw cut the pallet in his mouth deep all the way to the bone. We brought him into the ER and they called in a Mouth/Throat specialist. He decided the cut was to deep to heal on its own. With that being said Peyton was prepped for surgery and had 8 stitches put in the roof of his mouth. The doctor was glad he went that route. Once he could get better look when Peyton was under he realized how deep the cut was. Dad & Peyton got home late and for obvious reasons we all had a long night. He is resting on the couch now watching his 30th+ episode of Mickey Mouse (thank god for DVR).
The best part through the whole ordeal is Peyton kept saying just like Lo Lo. When they gave him his iv, put the gown on, etc. He did amazing through everything. I guess it help growing up in a hospital….
Share